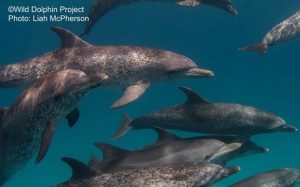 We are thrilled to confirm that “Modern Miracle” was photographed and positively identified just this week, healthy and socializing with his family pod, thus fulfilling our objective of conservation and protection of marine wildlife.

In August of 2018, the Atlantis Marine Mammal Rescue Team responded to a report of a wild spotted dolphin in distress in the Berry Islands. The Team transported the animal to its rescue facility at Dolphin Cay, where the dolphin (named “Modern Miracle”) fully recovered after two months of intensive treatment and was released back into the wild near his home range. This was the first stranding, rescue, rehabilitation and successful release ever recorded for this species in The Bahamas.

Below is a video chronicling Modern Miracle’s recovery and release: